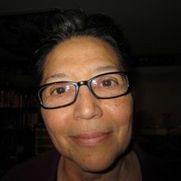 Pat Alderete’s short stories are published in Joteria and PEN Center Journal, and anthologized in Hers 2 and 3; Los Angeles Gay and Lesbian Latino Arts Anthology 1988-2000; A Geography of Rage; The Afro-Hispanic Review and Love, West Hollywood. She has written two one-act plays, Ghost and the Spirit, produced as a staged reading in 1997, and Love and Fire, produced as a staged reading by the Macha Theater in 2003; her one-woman performance, Tina Gets Married, was produced in 1999. 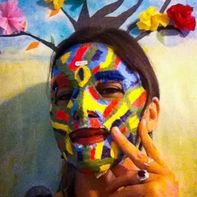 Born and raised in East Los Angeles, California, Olga García Echeverría has shared her cucaracha-obsessed-Spanglish poesía with audiences throughout the Southwest, in Nueva York, Minneapolis, North Carolina, Mexico City, Cuba, and France. Many moons ago, her spoken-broken creations were recorded on Raza Spoken Here: Vol I (Calaca Press 1999), When Skin Peels (2000) and This Machine Accepts: 2Track (Technica Curiosa, Ireland, 2002). Her book Falling Angels: Cuentos y Poemas  was published in 2008 by Calaca Press and Chibcha Press. She currently lives, teaches, and shape-shifts in LA. 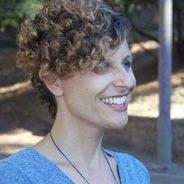 Cheryl Klein is the author of Lilac Mines (Manic D Press) and The Commuters (City Works Press). Her stories and essays have appeared in The Normal School, Literature for Life, Mutha Magazine and several anthologies, and her work has been recognized by the Center for Cultural Innovation and the MacDowell Colony. She blogs at breadandbread.blogspot.com. By day she works for Homeboy Industries, an organization devoted to helping former gang members become contributing members of the community. 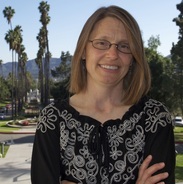 Bronwyn Mauldin is the author of the novel, Love Songs of the Revolution (CCLaP Press), and the short story collection The Streetwise Cycle. She won The Coffin Factory magazine’s 2012 very short story contest and her work has appeared in Necessary Fiction, CellStories, The Battered Suitcase, Blithe House Quarterly, Clamor magazine and From ACT-UP to the WTO. She's also creator of GuerrillaReads, the online video literary magazine. More at bronwynmauldin.com. 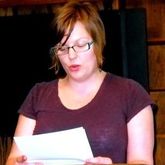